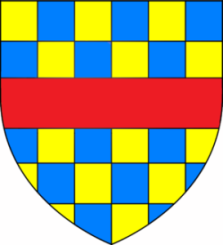 The Clifford coat of arms

There are many women in history of whom we only have snippets of information. However, those snippets prove to be fascinating and demonstrate how closely the lives of noble houses were tied together – and how they were torn apart. Maud Clifford is one such lady.

Born about 1389 at Brough Castle in Westmoreland, Maud (or Matilda) was the daughter of Thomas Clifford, 6th Baron Clifford, and his wife Elizabeth de Ros. Maud’s brother, John, has also been given 1389 as his possible year of birth. It may be that John or Maud were twins, or that they were born within a year of each other.

Their early childhood cannot have been very pleasant. Their paternal grandfather, Roger Clifford, died in July of 1389, probably of a stroke. In October 1391, their father, Thomas, died. Whilst in Königsberg Thomas had had a disagreement with Sir…